Why do NAS devices fail?

There are numerous reasons why NAS devices fail or lose data. These include the following:

Accidental Deletion – Some users can mistake a “reformat” command for a “rebuild” command. Moreover, users can delete data off a NAS volume erroneously, thinking that the folder or file is stored locally.

File System Corruption ­–­ The file system in your NAS can go corrupt. For example, XFS file systems can easily go corrupt if your NAS experiences a sudden power outage. The inodes and metadata of EXT3 and EXT4 volumes can also get corrupted over time. 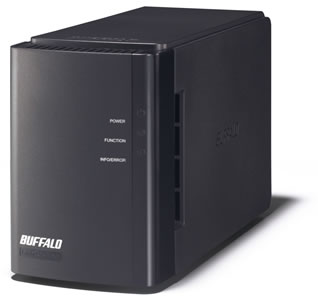 Overheating – NAS servers tend to be stored in enclosed spaces, such as presses and other office cubby holes, as opposed to air-conditioned server rooms. This can make them much more susceptible to overheating. For this reason, it can be very important to use a NAS which uses active (cooled by fan) cooling. From our experience, passively cooled (cooled by heatsink) NAS devices have much higher failure rates.

Buggy Firmware – NAS firmware can go corrupt, leading to the inaccessibility of your data. Moreover, firmware updates can cause incompatibility between the NAS and client devices. It is not uncommon for NAS manufacturers to release a firmware update that will cause your device to malfunction. Always make sure that you research the suitability of a firmware update before applying it.

Hard Disk Failure – Even though the hard disks inside your NAS might be “entreprise-class”, they are still liable to failure. NAS disks can fail for the exact same reasons why a standard desktop PC hard disk will fail, due to mechanical, electronic or logical problems.

Electrical Over Surge – Power surges can harm your NAS by damaging it’s PCB board or controller chip. In worst case scenarios, the surge will damage the disk’s PCB or the pre-amplifier chip on the head disk assembly.

How can I prevent my NAS from losing data?

My Apple iMac can no longer see any shared folders on my Netgear ReadyNAS. Does this mean that I need to perform data recovery?

Not necessarily. Just because you cannot see your shared folders or files, it does not always mean that data recovery is needed. It could just be a configuration issue between the host computer and the NAS itself. For example, in this case, make sure that you have AFP (the Apple file sharing protocol) enabled on your ReadyNAS, and make sure that the username you’re using is on the Allowed List.

I am using a 4TB Western Digital 4TB ShareSpace NAS. However, when I try to access folders on it from my PC, I get a “volume failed to mount” error message?

This can sometimes occur if the Western Digital NAS software becomes corrupted. Luckily, there is a neat workaround which should let you access your data again.

What does hot-swapping mean?

Replacing or installing a hard disk without having to power down the host system first is referred to as a hot-swap.

Could another disk fail during the RAID rebuild process?

Yes, this happens more than people think! This is why it is always a good idea to image your disks before you commence a RAID rebuild process. If a disk does fail during the rebuild process, it is sometimes possible you can “force it” online again by using your RAID controller software.

When I try to access my NAS (formatted in EXT4), I receive an error message about a “bad superblock”. How do I fix this? 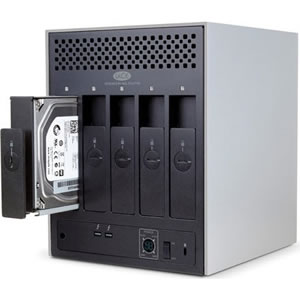 Download a copy of Test Disk. This utility give you the option to run a number of repair commands.

3) This should return a partition descriptor to you, for example “/dev/sda3”

5) In the resultant output, you will probably be able to identify the corrupt superblock, which is usually described as a “bad magic number”.

7) You should be presented with a number of superblock backup locations. Type:

If this does not work, you might have to go through each superblock backup sequentially until you eventually find the culprit

I am about to configure my new RAID 5 NAS server. What block size should I use?

The block (or stripe) size which you use should be determined by the primary use of your NAS. For example, if you intend to use your NAS primarily for databases, a small block size of 32KB would be suitable. However, if you intend to use your NAS for processing very large files and need a fast throughput of data, a 512KB block size would work best.

I have a RAID 5 NAS server which has failed. I need to rebuild it, but what RAID parameters do I need to ascertain?

The key RAID parameters which you must find out are:

I formatted an EXT3 volume with XFS by mistake? Can the data be recovered?

In most cases, an XFS-formatted drive can be recovered from, on proviso that new data was not written to the same drive after the format.

I have four disks in a NAS (RAID 5). My IT support technician told me that the whole device has to be backed-up regularly in case of double-disk failure. It seems unlikely that two out of the four disks will fail, right?

Your IT support technician is right. Double-disk failure in NAS servers does actually occur more than people think. There are a number of reasons for this, including:

Aside from the risks of multiple disk failure, there are other factors to take into account, such as fire, theft, accidental format, sabotage etc, which are all good reasons why your NAS needs to be backed-up regularly.

I need a utility to measure the disk usage, data traffic and memory usage of my NAS. What do you recommend?

Cacti is an ideal monitoring utility for your requirements and works great in both Windows and Mac environments. It reports disk usage, traffic and memory usage in graphical format. This makes it user-friendly and intuitive to understand. It is available for download at: http://www.cacti.net/

What is better to use – software or hardware RAID?

There are pros and cons of both software and hardware RAID. 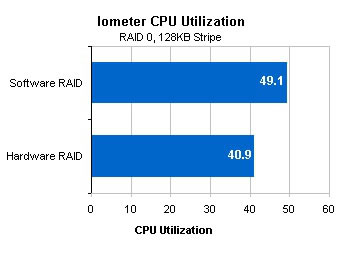 How do I identify the file system used by my NAS?

To identify the file system used by your NAS, you can use a utility such as GParted.

What mdadm commands can I use to change the configuration of my RAID 5 NAS server?

Remove a disk from an array

Verify the status of a RAID array

To determine which drives have failed, you can use the command:

I am performing a “e2fsck” repair command on the disks from my Netgear NAS, but it seems to be taking forever to complete. Is this normal?

e2fsck has to check all inodes in pass 1. This requires reading of all the large inode tables from the volume. Moreover, these inodes have to be verified and updated along with their inode allocation bitmaps. All of this can mean that your e2fsck repair sometimes takes several hours to complete.